The LinkStar-H68K-0232 arrived on Dec 30. Love this powerful little device and running as a router since that day. Followed the instructions for installing / flashing OpenWrt to eMMC: (https://wiki.seeedstudio.com/linkstar-install-system/#jump2) from the listing on SourceForge: (LinkStar H68K OS - Browse /Openwrt at SourceForge.net). Configured to my needs with 2 wireless APs attached with SQM enabled and getting excellent throughput with very low latency. It is running great and I am very happy with the purchase so far.

Here is my question/concern… Where are the firmware updates so I can update to the latest builds? This is advertised as supporting OpenWrt, but from what I can tell based on what is in the custom distribution feeds, the packages are based on a fork known as ImmortalWRT. Also, the Rockchip RK3568 target is not yet supported by true OpenWrt.

So where can I access the latest builds so I and others can update to the latest for OpenWrt or ImmortalWRT? Thanks.

This is the exact same issue that I’m dealing with. I need a true version to set up OPVPN client’s since the option to upload a config file isn’t on this oneand also I’m unable to create any VLAN’s. What I’ve found thus far is the Github of the build. I’m researching diligently to find a way to flash other firmware on this device and can’t find any firmware that it’ll take. 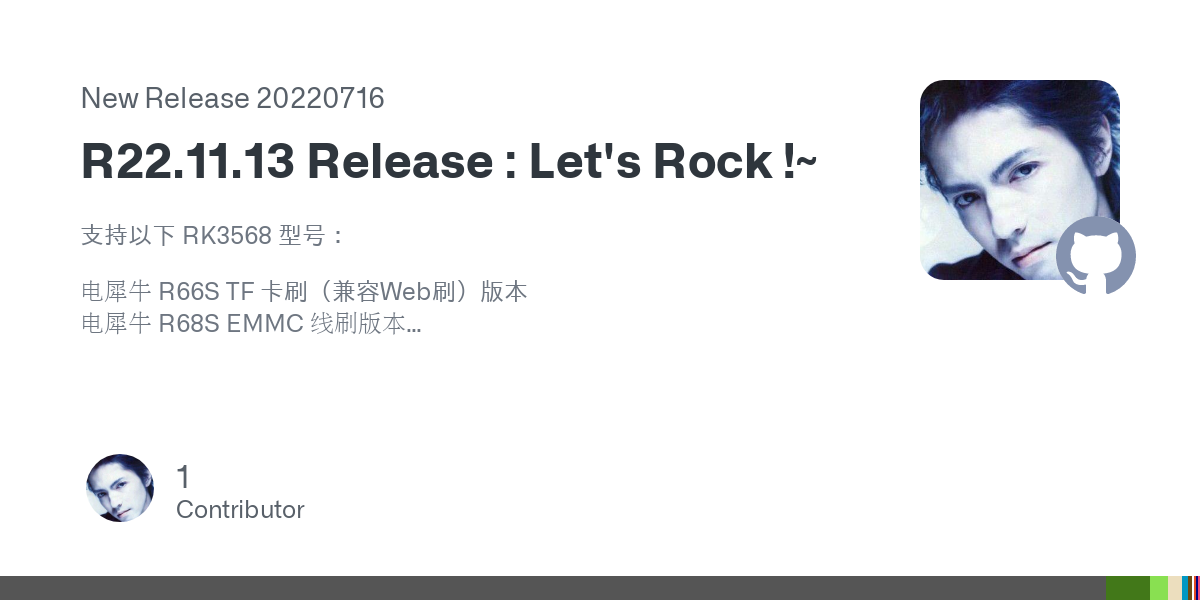 Hello, you can check out this link LinkStar H68K OS download | SourceForge.net

Yea this is the one it came with. Which is the issue. It’s not an official OpenWRT supported device since we can’t get it off the site. What we are looking for is the ability to install OpenWRT 22.03 a version that is supported by them so we can update as they come out.

Appreciate you trying to assist, but this link is cited in my original post and references the version I originally flashed to the device. Where is the source repo and code? Where are the updates?

@Team Seed Studio - do you have anything other than sending us links to a flash image we already have access to?

I am very impressed with the specifications of the LinkStar-H68K, however, it’s a bit disappointing to read that it supports Ubuntu, then purchase the device, wait for it to arrive, then learn [1] the allegedly available versions of Ubuntu (for this device) don’t yet support WiFi (which is the main selling feature of the device), and [2] there are actually NO versions of Ubuntu available to download for this device, and no indication as to what to realistically expect. Very disappointing!

Thanks for the info. I also didn’t realise ubuntu was not available. Also with android tv, its not supported in playstore so we are unable to load plex for example and as no remote is supported it’s impossible to use it as a media server connected to a tv.

Configured to my needs with 2 wireless APs attached with SQM enabled and getting excellent throughput with very low latency. It is running great and I am very happy with the purchase so far.

I flashed OpenWRT to the emmc and I’m getting 50-75mbit speeds and have to power cycle the unit every 2-4 hours because the wifi quits responding.

I assumed it was because the wifi card in it is too new and has bad support but now I think the one I got is just bad.

What operating system does it come installed with? I just received a LinkStar, and was very excited about the WiFi capabilities, however every time that I try to turn on the Wifi, it doesn’t turn on. Is that the same issue you are experiencing?

My one came with Android TV as default but I installed openwrt on the tfcard.

Hey Ryan - I flashed to eMCC also and average about 470 Mbps and 24 Mbps down speeds (sometimes a bit higher, sometime a little lower) using Ookla. SQM is and tuned enabled for low latency. Note I pay for 400 up and 20 down, so I am quite happy with this.

Still want to be able to update however…

@BigRon how easy is to flash to eMCC? Mines on tfcard but I assume its faster to run from emcc.

But the wireless is absolutely brutal. And it drops. Constantly. Even when devices stay connected to the SSID the dhcp fails so no traffic routes, so I set a static IP and … 75mbps when my wired connections do 300 easily.

This wifi is junk in my experience, and I’m very curious whether we have different configs or if my unit is just a lemon.

@gadgethome @zhaba83… My device came with Android TV installed also, but as indicated earlier, I installed the Seed custom build of OpenWrt over it. I have the non-wifi version as I am using separate access points for wireless. Working quite well.

I have the non-wifi version as I am using separate access points for wireless. Working quite well.

the wifi in this thing is just crap.

I pulled it apart to see if the proprietary build of openWRT would recognize an intel wifi AX card… and it does not.

Would recommend anyone reading this and thinking about buying it to be a openwrt wireless router avoid it.

Hello Paul. I did some research and it confirmed it should run faster on eMMC, thus why I took that route. The provided wiki instructions were easy enough to follow: https://wiki.seeedstudio.com/linkstar-install-system/

Important to remember you will need a Windows machine or need it running as a VM to do the OpenWrt install to the LinkStar-H68K, specifically for the Erase Firmware and Flash to eMMC tool & driver software they provide from the wiki link above. I mainly use Linux boxes and Mac around the house, but fortunately I keep an extra Windows laptop around for just such purposes. Let me know how it goes.

That’s great. Thank you very much for the info.

I just received the wifi version, I was led to believe that out of the box it would have:

With wireless capability, it can perform as a repeater and connect different Wi-Fi at different places like hotels and cafes, then convert them to a network you set up, to link all your devices, which is beneficial for your travel or business trip.

That sounds amazing, so I purchased it, but apparently out of the box, it is installed with Android TV, and that does not even support Wifi, it has the icons on the desktop but it does not work. So is there any way to get it to work as advertised?