Somehow my Xiao is bricked. Power led is on, not recognized as Com or any other device. Reset pin doesn’t work to put it into external media device. The code on it doesn’t run anymore.

Is there a way to get it back alive?

I have got an old JTAG device and some USBASP programmer. Can I burn the original bootloader found in \Seeeduino\hardware\samd\1.7.8\bootloaders\XIAOM0? What are the pinouts? What software to use? I’ve never done this before…

Running into the same problem as you. Sounds like it is possible to flash the bootloader looking here: Possible Reset Boot Loader Problem?

I’m crossing my fingers that I can use my Arduino Uno to reflash it, also haven’t done this before.

Sounds like there’s a bug with those reset pins on this device, I’ve found a ton of people running into this same issue.

I’m a bit stuck here.
The XIAO has MISO/MOSI pins. I have a USBAsp programmer lying arround, connecting the MISO/MOIS/SCK pins and +3.3v/GND.

Trying to connect to the XIAO via Khazama and reading the flash for test I get a
target doesn’t answer
AVR device initialize and ready accepting instructions
Device signature: 0x000000
Yikes! Invalid device signature
Expected signature for ATMEGA8 is 1E 93 07

Probably ATMEGA8 isn’t the right choice, but what do I select?

Then “Upload via Programmer” I get

I’m sorry, XIAO is arm Cortex-m0 architecture, you can’t use tools like USBasp.You can use the SWD interface, Jlink, CMSIS-DAP and other tools for debugging.

Thanks, just ordered an J-Link programmer and waiting for arrival.

But when trying Target->connect I get following error:

Plugged XIAO into USB for power 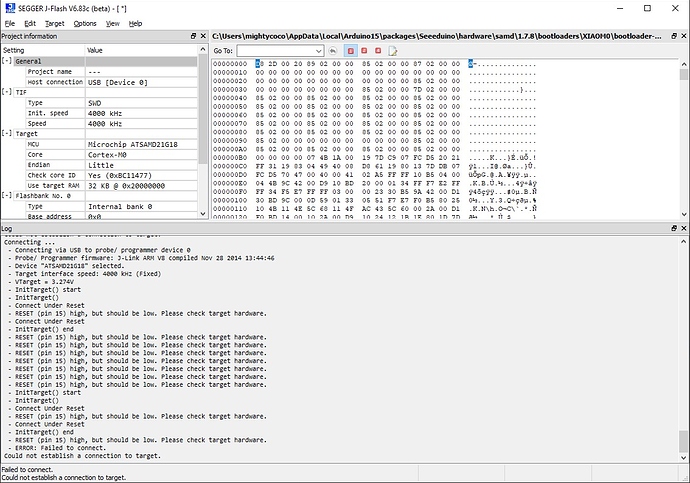 I checked continuity on reset of the XIAO board pins, they aren’t closed. Why does the JFLASH think, the reset pin is high?

XIAO has a dedicated SWD interface, which is not attached to a nearby pin. 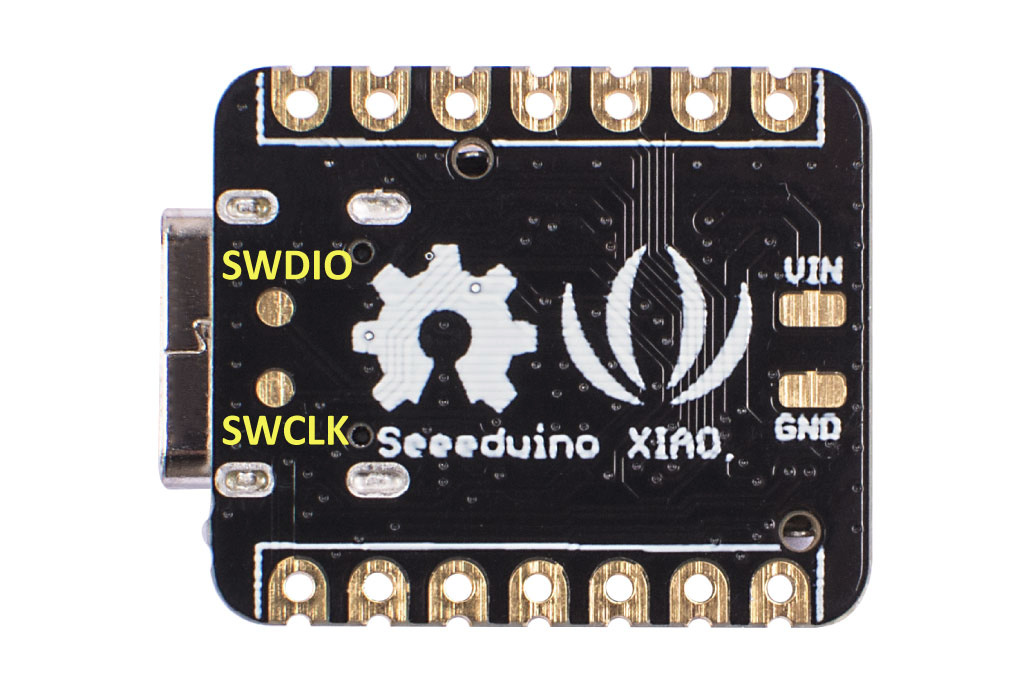 hi, any update on this? Were you able to flash xiao using j-link?

I bricked my xiao as well, same behaviour as yours

hi, i was able to unbrick a dead xiao… the steps are mentioned here:

How to unbrick a dead xiao using raspberry pi XIAO

So guys, finally, i was able to revive my dead XIAO after hours of research on google. It can be done by following this guide from Adafruit. https://learn.adafruit.com/programming-microcontrollers-using-openocd-on-raspberry-pi/overview Things needed Raspberry pi Some jumper wires Soldering skills to break out the SWDIO and SWDCLK pins from the bottom of the board

(i had 2 XIAOs bricked. The first one’s pads came off trying to solder

See how to use a Segger Edu with the Xiao at https://embeddedcomputing.weebly.com/seeeduino-xiao-m0.html 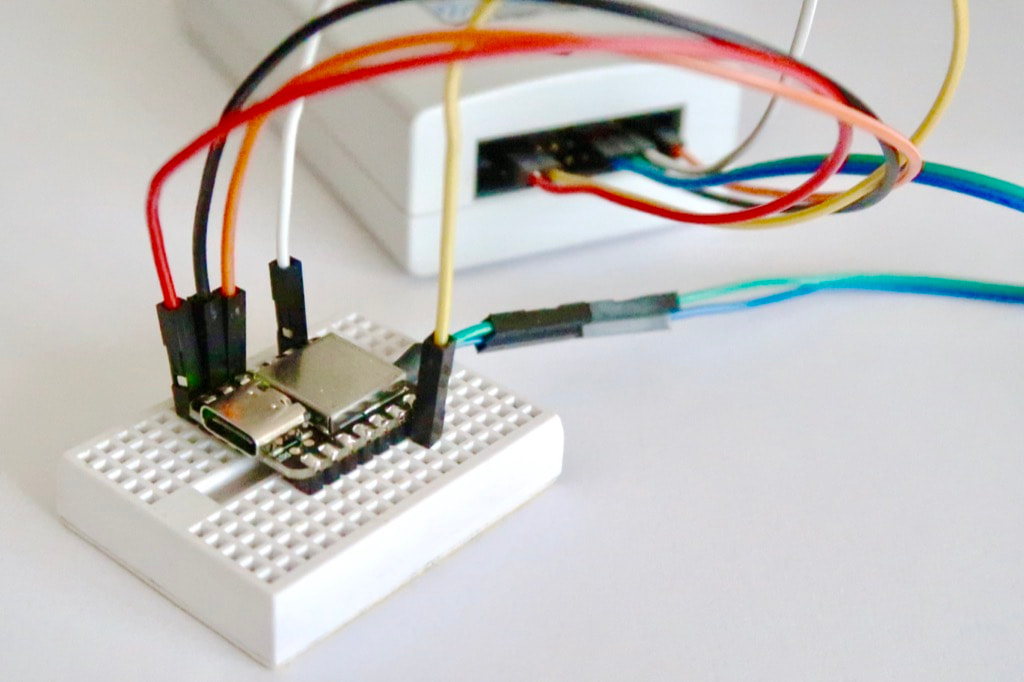 where is the 3.3v connected to? The segger j-link only provides 5v.
https://www.segger.com/products/debug-probes/j-link/technology/interface-description/

My XIAO looks different from the bottom. It has SWDIO, SWDCLCK, RESET, GND on the left and VIN, GND on the right.