Hello, I hope it is okay to post a question like this on this forum, as this is not regarding a Seeed product. I’m still getting familiar.

I’m making an attempt to use a Reyax RYLR896 module, however it is not working. Any input would be much appreciated.

I have looked at a number of tutorials, both video and text, and have tried to boil it down to a simple proof-of-concept design.

The connections seem quite simple: 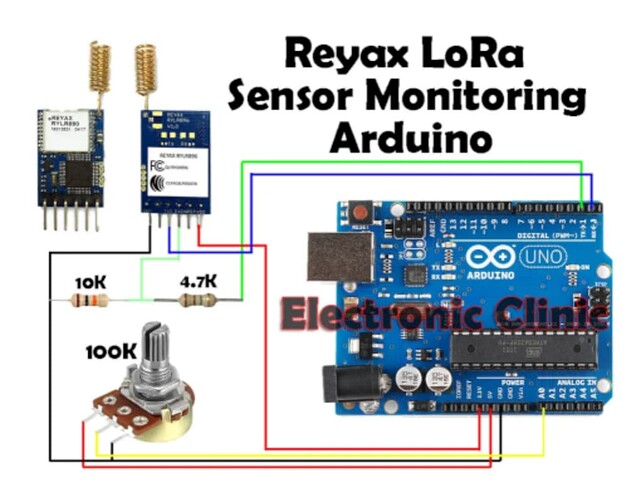 This is my code. It reads a “sensor” (translate: variable resistor.) Distilled from this page:

Sensor Monitoring using Lora by Reyax- This is my second tutorial on the Reyax rylr890/rylr896 15km 915Mhz Transceiver module, Arduino code and circuit...

(Note however, I could not get the code as written in the article to work either. I also tried another example which used SoftwareSerial, but couldn’t get it to work either.)

Note: I have since realized the use of Strings is not recommended and not needed here, but this should give an idea of what I have done.

I have also attempted to communicate with the RYLR896 using AT commands per this video tutorial: 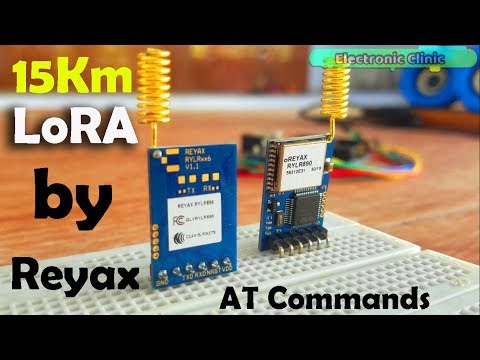 Per instruction on the tutorial, I reversed the Tx/Rx connections on the Arduino (now Tx on Arduino to Tx on transceiver; Rx on Arduino to Rx on transceiver, through voltage divider,) have baud of the serial monitor set at 115200, and line endings set to “Both NL & CR”. I send the command “AT” expecting “+OK” in return, I get no responses, not even an error. Sending “AT+ADDRESS?” gives no response either.

I purchased 2 modules when I started this, and have the same results with both.

I’m beginning to wonder if I have bad modules or bad luck.

The aforementioned video instructed to remove the Tx/Rx connections on the Arduino before uploading a program which I did not do when following the first tutorial (it wasn’t mentioned there.) I don’t know if that can damage the transceiver modules, but it doesn’t seem like it would.