Hello! I’m using an IR receiver and a seeeduino xiao ble sense and I tried a very simple program to receive any ir transmission and display it on the serial monitor. The board bricked up and disappeared from the ports, even after multiple tries. So i commented out all the lines and started removing the comments one by one to find which line was problematic, and it was irrecv.enableIrIn(); how should i fix it?

Looks like code from an old version of the Arduino IRremote library, except older versions did not compile for XIAO BLE boards. At least not for me

Rather than trying to help you debug your example, I suggest you install the current version, of the Arduino IRremote library using the Libraries Manager. See attachment.

Now, there is a whale of a lot of stuff to wade through to understand everything in the library and its examples, so I made a board-specific sketch using the ReceiveDemo example from the IRremote library.

Tested with a few remote controls I had.

Here is part of the Output.txt file: 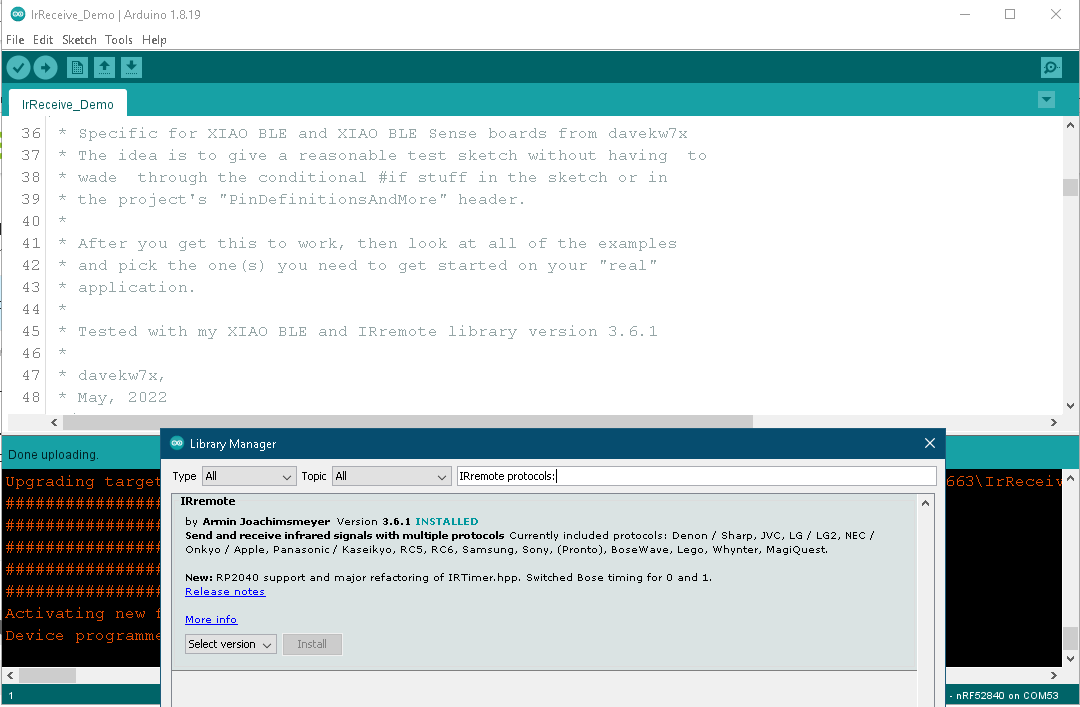