However, I found that if I use the AVRISP MKII to set the fuses in the ATMEGA328 to divide the internal clock by 8, (so the MCU is running at 2MHz) then the software on the Seeeduino Ethernet board works correctly. (the baud rate on the serial monitor is set to 1200 buad, since the MCU is 8 times slower) I’m using a benchtop power supply for the power input on the Seeeduino Ethernet board, so I don’t think it’s power supply noise. When at 16Mhz, I’ve used an o-scope on the SPI pins on 10 through 13. Pin 13 is the 4MHz clock, which looks good. Pin 12 is the only one that looks suspicious. In the following screen capture, the blue trace is pin 10 and the red trace is pin 12, which looks rounded off. 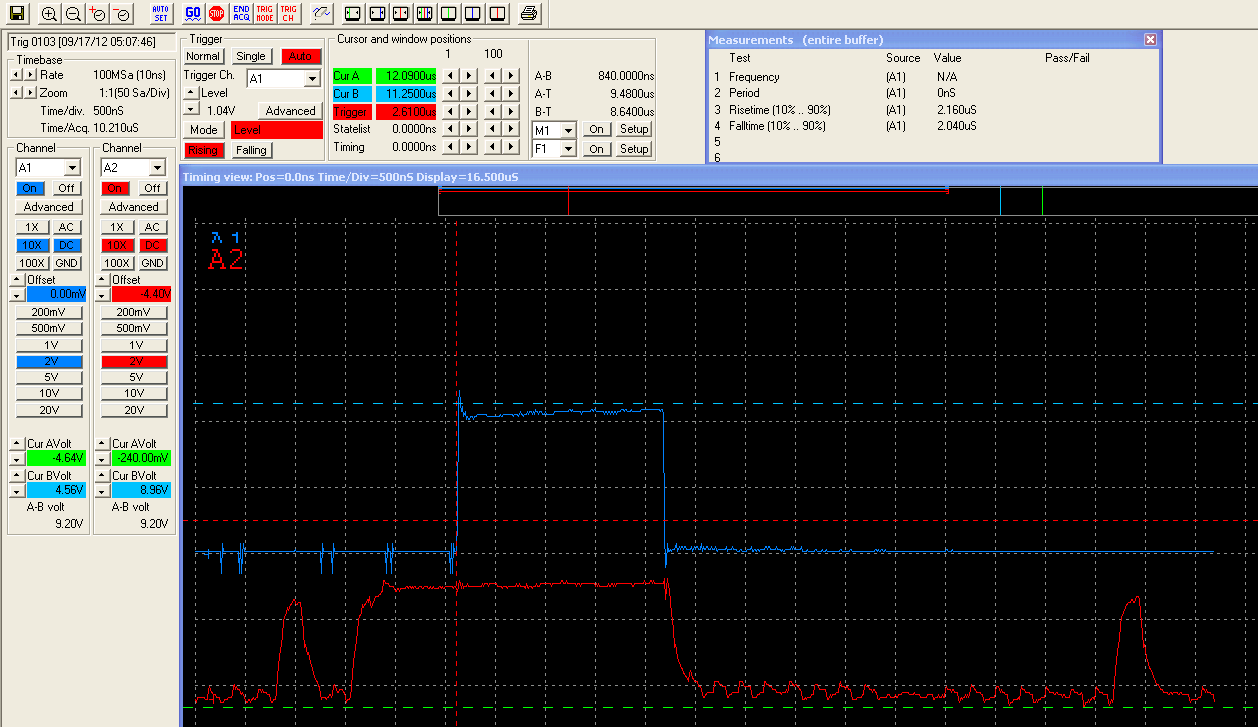 Are there any ideas why the Seeeduino ethernet would run at 2MHz but not at the normal 16MHz?
-Matt