SD card shield v4 can work with Mega directly without any other operation, but pay attention to the Supported Card Type and SD card format, normally, you need format your SD card in FAT16 or FAT32 type before use it firstly.

Please just mount the sd card shield directly on the mega, more detailed information you can refer to the schematic of SD Card shield.

CS pin is digital 4, and SPI port has been used.

By the way, you may format SD card when using SD card at the first time. 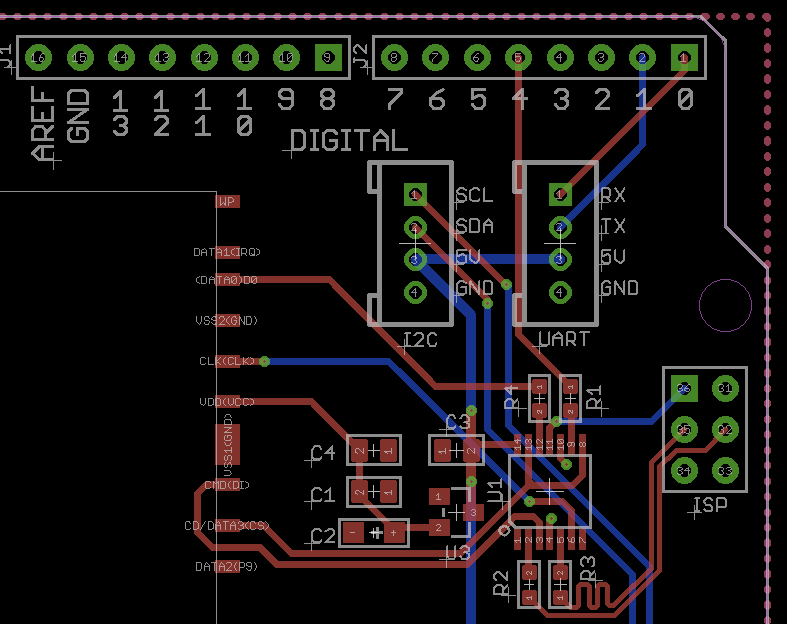 Further, if you’re using an official arduino mega, you may have to leave it off of the unit itself and jump the pins over. I use two types of megas; one is an osepp and the other is an official arduino. The osepp works fine with the shield directly on it while jumping the pins over to the correct location. The other throws a fit when I have the shield directly placed on it. I still don’t really know why that is, and if anyone cares to explain I’d be grateful for that.

Another issue which I’ve faced, and am currently having an issue with right now is that some SD cards won’t work with my seeedstudio sd shield (version 3.0). I use a 16gb microsdhc card (class 4) from sandisk, and that works fine. I tried just yesterday an SDHC card, 16gb, class 4, from PNY and it does not pass the initializing tests in the IDE. Before anyone might say, “Check that the switch is in the correct position for the correct SD-microSD selection,” well it’s not that; I’ve tried it. Also, even though I found specs on the sandisk to be 3.3V, it won’t work unless I have it on the 5V on my mega. The only thing I can think of is write speed, but I doubt it, or maybe the PNY sd card requires something more than 5V? At this point I’m taking a shot in the dark.

I also forgot to mention that, yes, the PNY sdhc card has been formatted to FAT32 just like my sandisk microsdhc.