I’m running a Grove base HAT for raspberry Pi 2 B. i have followed the installation instructions using the command

this seems to throw up some kind of failed error. it wont let me post the error but it says
FAILED FAILED FAILED 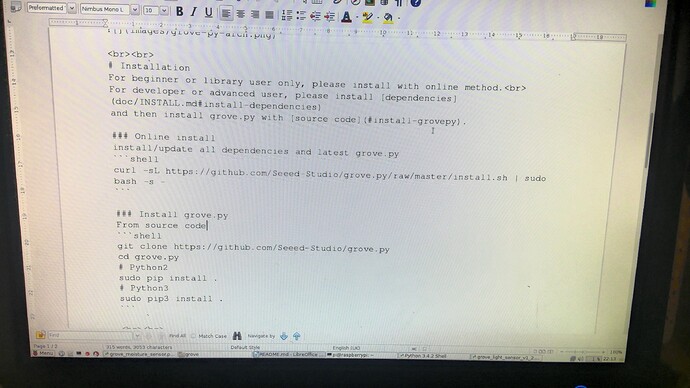 when i run the moisture sensor .py on python it throws up an error! says no module named Grove, it clear that the grove.adc does not exist in the folder. the pi HAT is installed correctly with the sensor in the A0 port.

I’m thinking i might need to delete everything and start again? for some reason the grove.py file has not been copied but in subsequent attempts to copy it cannot as the folder already exists perhaps??

not being experienced I don’t want to do something that might make things worse!

can anyone advise a beginner like me before my poor pi gets thrown out of a window!!! 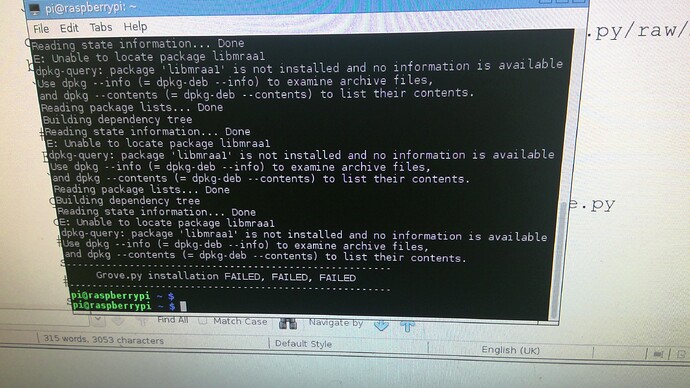 glad to say I have solved my own problem here. I created a fresh OS for my Pi and started from the top. it looks like i was running an out of date OS so it wasn’t compatible!

I got a similar issue in Raspberry Pi 4 , I am using latest OS from Raspberry Pi , not sure what is causing this. Which OS image were you flashing to the Pi?