Hi,
I was reading through the seeed pfsense install material for the Odyssey in prep for when the device arrives. However one thing stood out in the pfsense wiki dashboard screen shot which worried me. The Intel Celeron J4105 base clock is 1.50GHz, however it should boost up to 2.5 GHz using the intel speedstep technology. The screen shot showed the min and max speed of this CPU to be 1.50GHZ/1.51GHZ. 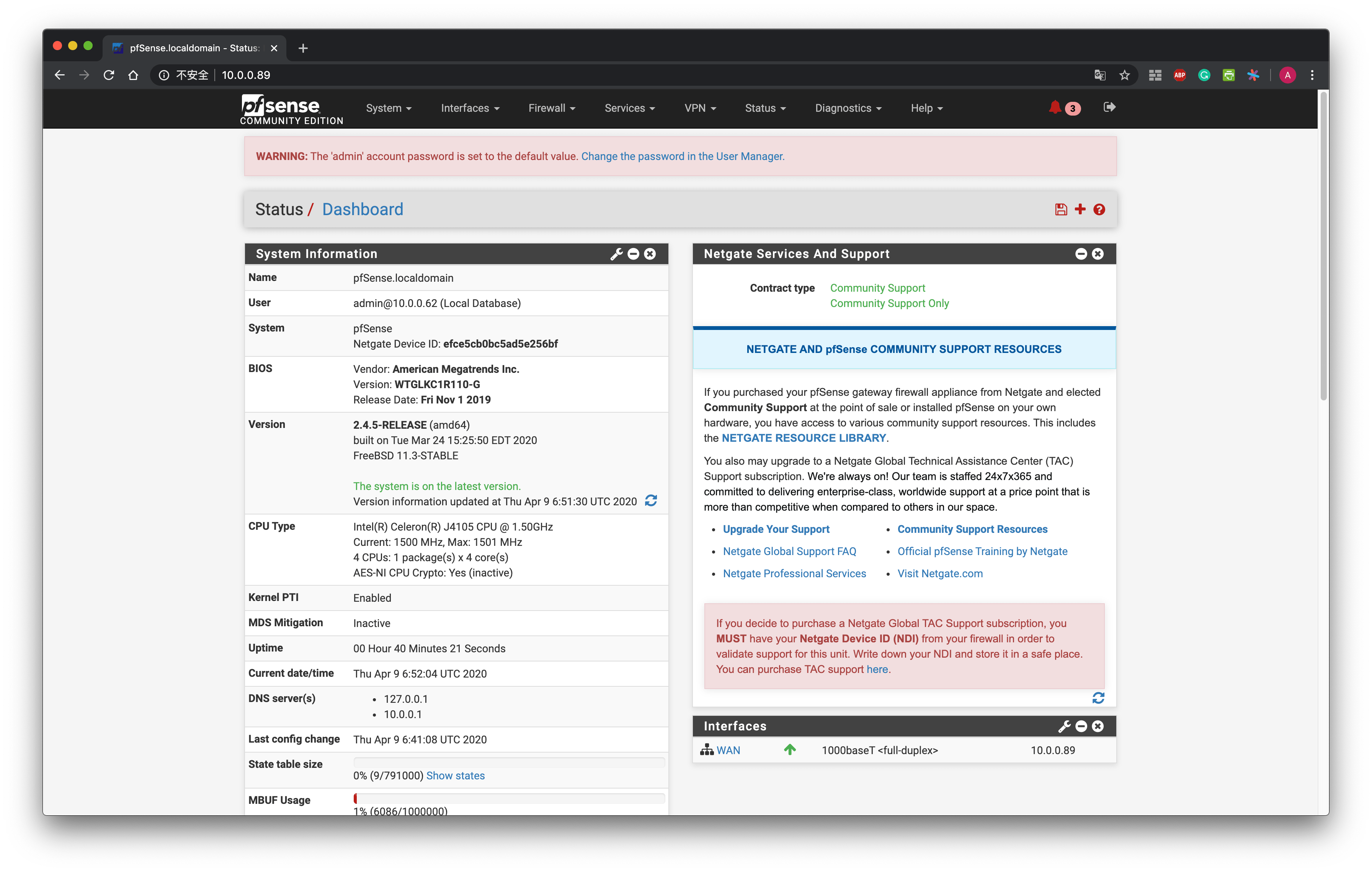 Can someone advise if the full power of this CPU is obtainable in pfsense? I would like to see proof via the pfsense dashboard screenshot if possible. If it isn’t then I need to cancel my order and go with plan B.

I did try and add an example of a different CPU dashboard screenshot that is showing it’s min and max correctly, but as I am new to this forum can only embed one image [sigh]. From what I’ve read it is primarily the motherboard BIOS that needs to have all the boxes ticked to enable this CPU support in the underlying operating systems, and from the earlier screenshot it is telling me it certainly doesn’t. There is also a possibility something isn’t configured in pfsense either. Surprised not to have heard anything back as yet, my device will be arriving in an hour or so, so will soon know if we have a problem.

I haven’t got any good news to report on my turbo boost issue since playing with the little blue device this evening. On a positive note it is a lovely little device however and comes nicely packaged.

The board BIOS doesn’t mention the 2500 Mhz as the max speed, so pfsense isn’t going to report it either and it doesn’t. Evidence below showing the issue clearly and the amazon advert showing it bursts up to 2500 Mhz.

So question is, what is going on, can someone please clarify the situation, as the device price/performance is wrong if it can’t turbo boost and is also false advertising? 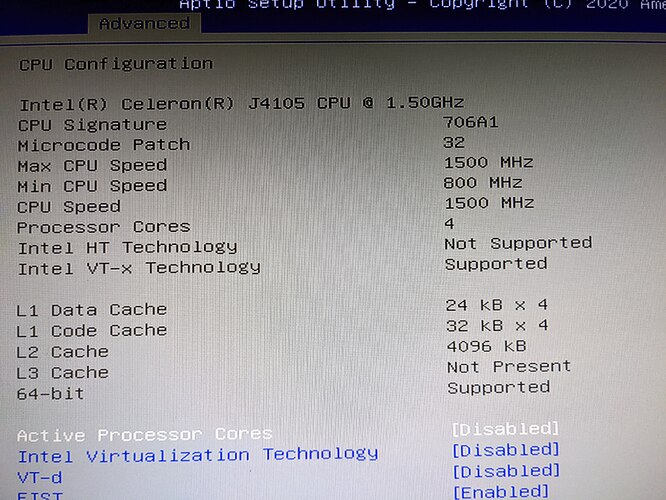 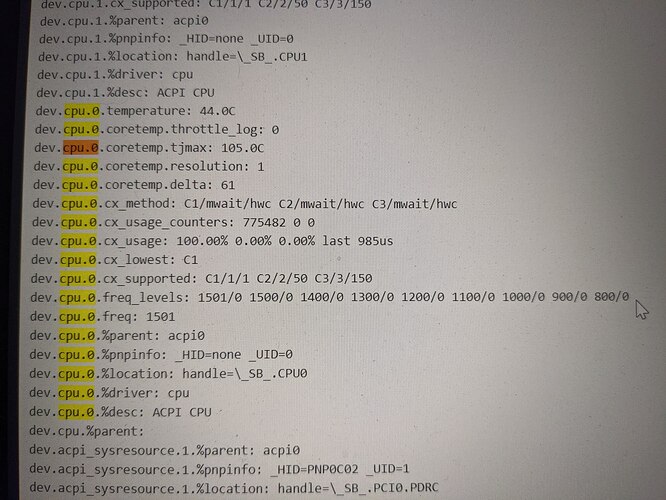 Hope you are doing well. Your concerns seem similar to this one: https://forum.netgate.com/topic/114294/wrong-clock-speed-shown-for-cpu/4

The CPU base Freq. is 1.5GHz correct, but CPU itself can boost up to 2.5GHz, which needs further investigate in PFSense OS.

Why is the Burst Speed not shown in the BIOS screen shot, does this not indicate the BIOS doesn’t support the full speed of the chip?

As per other posts from e.g. Netgate it states in relation to pfsense:

“The output is taken from what the OS prints at boot time for the CPU type. Most CPUs will output their basic info there (model, speed, etc) but that’s between the CPU/BIOS and the OS, not much we can do for that.”

“You can look in /var/log/dmesg.boot to see what information is printed near the top of the file at boot time about the CPU”

I just ran “dmidecode” on the command line in pfsense after some research and it shows (see output in full below) the OS thinks its CPU max speed is actually 2700Mhz, which is the first time I’ve seen a value higher than 1500Mhz anywhere else

Maybe it is working, I’ve also set up PowerD as follows.