Alternatives to Raspberry Pi for Digital Library for Remote Schools

I build solar powered digital libraries for remote schools in Asia and Africa. These libraries are powered by Raspberry Pi + OpenWRT Routers and DFrobot Solar charger controllers for now.

The next generation of digital libraries need to be more to be power efficient than Raspberry Pi. What would be your recommendations? Onboard WiFi is not required as we plan to use USB OpenWRT routers.

If I had lot of money, I would have got Seeed Studio ODM to customize a Beaglebone for this purpose but alas I am too broke to consider that at the moment.

Hi
I have also been involved with building digital libraries for rural schools in SE Asia and other areas for the last 5 years. We have tried various approaches using RPi and similar, but found them too expensive, complex and unreliable.

The approach we have taken is to use small OpenWrt based wifi routers configured as Access Points and fitted with a (32/64/128GB) USB or SD card holding library content from Open Education Resource (oer2go.org). The devices are typically used in a single classroom supporting up to 30 students. The current library holds around 40GB of information, so with a 64GB memory device there is 20GB available for local content to be uploaded as well.

A typical device is something like the Yun board (https://www.seeedstudio.com/Seeeduino-Cloud-Arduino-Yun-compatible-openWRT-controller-p-2123.html) which uses an Atheros WiFi SoC. We have a custom OpenWrt build specifically to run these devices as a digital library.
It also allows the device to connect to an upstream network to provide Internet access. The software can be open sourced.

The performance of these devices in delivering static web content in the classroom is remarkable. It is perfectly possible to have 30 students concurrently watching Khan Academy videos, or looking through Wikipedia for Schools content.
The power consumption is around 1 Watt so they can be readily solar powered. The Linux firmware is robust and can readily survive power cycling without corrupting the content.

I am really interested to see if SEEED would be interested in making available a new product comprised of the above Yun board plus a 64GB USB memory and a case to provide an out-of-the-box working digital library. Based on existing pricing, such a product should cost $30-40.

There was a very popular project called LibraryBox (http://jasongriffey.net/librarybox/index.php)) which provided software for a similar digital library, but it has folded up. The project had difficulties with complex set up, use of a proprietary device and no library content included. A replacement product addressing these issues should be well received.

There are also possibilities for a more elaborate device based on a better WiFi SoC. An example of such a device is the GLiNet AR750 which provides both 5GHz and 2.4GHz radios, plus additional RAM (128MB cf 32MB) for improved performance.

(Thanks @violet for pinging me to respond to this post.

Totally agree with your assessment about OpenWRT. Perhaps in next few months I’ll try to release packages to create minimal digital library setup as part of OpenWRT community package feed. Am also working on another project to provide alternative UI for OpenWRT devices using Vue 3 framework instead of Luci.

I had deployed LibraryBox 2.0 devices few years ago. It is a challenge to maintain and port this system since it relies on whole gamut of servers and programming languages.

On hardware front, there is a definite need for affordable, open OpenWRT device with reliable WiFi chips that don’t overheat or consume tons for power. These devices could be used not just educational technology product but other maker and IOT solutions.

OpenWRT works on Beaglebone, but I haven’t done any real world testing with these devices yet.

For now Gl-inet devices are filling the gap, they also have some high-end devices with built-in sdcard. After running these devices continuously for 1 year in Cambodia, I noticed that their reliability reduced over time.

Terry Let’s touch base sometime and exchange some notes.

There is an old project page that needs updating. In the beginning I build whole classrooms then pivoted to more digital library approach.

We build Computer Labs and Digital Libraries for schools and communities in the developing world where access to the Internet and electricity is limited. We use low-cost single board computers, off-line WiFi hotspots and flash storage technology to...

Recently I did a talk in IPFS meetup outlining the history of such projects and current technology limitations both in software stack and hardware platforms. 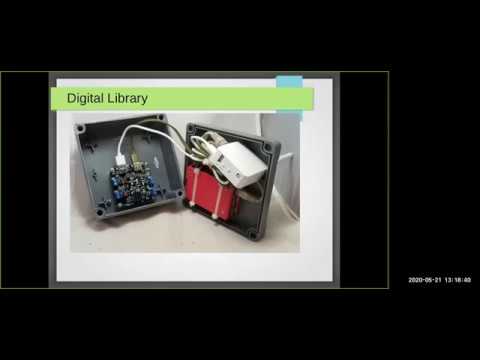 I think the key factors for a successful Digital Library device are:

My proposal for a new SEEED product for a simple Digital Library is as follows:

All up the cost should be around $40.

Regarding the points you raised:

BUT … Single Board Computers (SBCs) like RPi etc generally have limited wifi capabilities because the wifi subsystem is usually intended to be used just as a wifi Client to connect to an existing wifi network, rather than as an Access Point.
USB wifi dongles are also notorious for these limitations.

For a micro server you need a good wifi chipset that is set up to work well as an Access Point.
A quick test of the wifi capability of a board is to attempt to connect 30 wifi client devices concurrently and see if the system is stable and the clients can access content reliably at a good rate.

The AR9331 and similar devices operate on less that 2Watts of power, typically from USB source. This makes them easy to power from lightweight power supplies or rechargeable batteries. Solar is also an option.

Lots to think about…

BTW Have you a built prototype OpenWRT device that serves educational content? If so, could you please share what worked and what didn’t. Thanks!

Yes I have previously built and deployed a number of Digital Library devices, much as outlined in my product proposal, using re-purposed proprietary wifi routers.

They are typically based on the AR9331 WiFi module or similar and use the library content from OER2GO, a total of 40GB on a 64GB SD card.

The firmware simply mounts the SD card in the router file system and makes it available to the http server.

The OER2GO library content is organised on the SD card with index.html files that provide navigation to the content.

I have recently updated the firmware to the current stable release OpenWrt 19.07.3 with a view to running it on the SEEED Yun device.

I have deployed a number of the devices to rural schools over the last few years and found that they work well in a classroom environment to provide fast access to the library material without the need for an Internet connection.

The question now is whether there is a real need in the market for such a device.

We have developed firmware and documentation for the Digital Library project which can run on a number of small wifi devices, including the SEEEDuino Cloud board
(https://www.seeedstudio.com/Seeeduino-Cloud-Arduino-Yun-compatible-openWRT-controller-p-2123.html)

The Digital Library can support up to 128GB SD/USB memory devices to hold library content, and will allow you to connect 30+ WiFi client devices, enough to serve a typical classroom.

You can use whatever library content you wish stored on a USB/SD memory device.

We have developed a ‘starter’ library of content from the OER2GO.org website. This includes Wikipedia for Schools, Khan Academy, PHET, Siyavula, CK-12 Textbooks, Gutenberg Project, OLE Nepal, Maps of the World, MedlinePlus / Hesperian / Khan Academy Health and Medicine, and Sugarizer Graphical Learning Environment. This library is 40GB in size.

Please try it out and let us know what you think.

Great, Is there a code repository somewhere where we can contribute ?