Have you had a chance to read through SparkFuns guide

It is (or should be) very easy to communicate over the Seeed radios.

Let me know how you get on.
Miles

Hmm, I’m sorry i cant be of any more help then.

Hopefully the SeeedStudio guys can drop a reply and clear up any issues.

Hello,
Here is the demo application.
Please download the attached file.
NOTE:
The TX_module and RX_module must have 1m apart.
Thanks
Albert
2KM_RF.rar (902 KB)

Thanks a lot for your answer, because i start in electronic it was a impossible to find a functional solution with this rf link and the arduino. So i have made the big jump with the Arduino XBee Shield and the XBee Pro 900 XSC.

I hope than this solution can help me, to have a full functionnal rf link with the arduino.

Yes, I spent some time yesterday as well trying to get the 2KM RF kit to work.
As Albert said, it does not work when they are very close to each other, probably the receiver circuit does into saturation and is overwhelmed by the RF signal. I basically used a similar test application as Albert has posted, just attach 5 LEDs to the receiver and wire up the transmitter and receiver to use the same address code bits and then set the transmitter data Pins (D0 - D3) to HIGH using a wire or switch.

These modules are using the PT2262/2272 Encoder/Decoder ICs and it seems to me that these ICs are set to an oscillator frequency of about 500Hz. And since each data word consists of 12 bits (8 for address and 4 for data), the theoretical communication rate is very low.
I was hoping I could use these to transmit up to 4 bits of data simultaneously from a Microcontroller at a decent speed (> 1000 bits/sec).

Anyway, I don’t think these modules can be used for any useful data transmission from a Microcontroller, since I think the speed is too low. They probably work well as a remote control where you have 4 switches and turn one switch on at a time.
The way the encoder/decoder works it’s waiting for at least 2 frames with the correct address bits before the VT pin is turned on, so you can’t even use this module to send anything more than maybe 1 or 2 bits/second …

Albert, can this module be used from a Seeduino? What is the max data transfer rate?
In my testing if I turn one pin on on the transmitter (e.g. D0), the receiver light’s up one LED, when I and then turn another one on (e.g. D1) the receiver still only sees one LED. Only if I turn the first switch off and then both switches on will the receiver see 2 LEDs. So it seems to me that VT has to go to LOW before a different LED can be turned on, is that correct?

If they can’t be used effectively with a Microcontroller, then it may be a good idea to list that in the product description, unless I am using it wrong.

Hello,
The module is too slow to transmit a large quantity of data.
One data transmit will cost about 500ms.
When data received the VT goes high.
Thanks
Albert 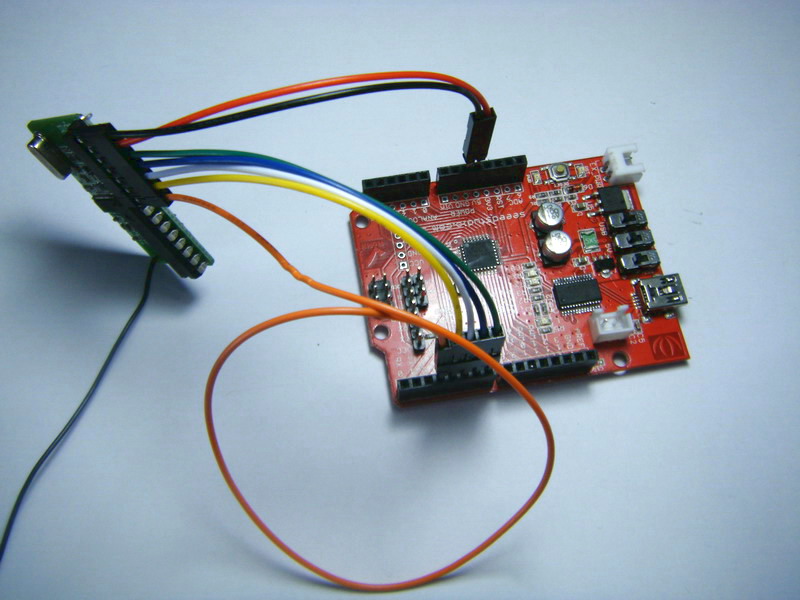 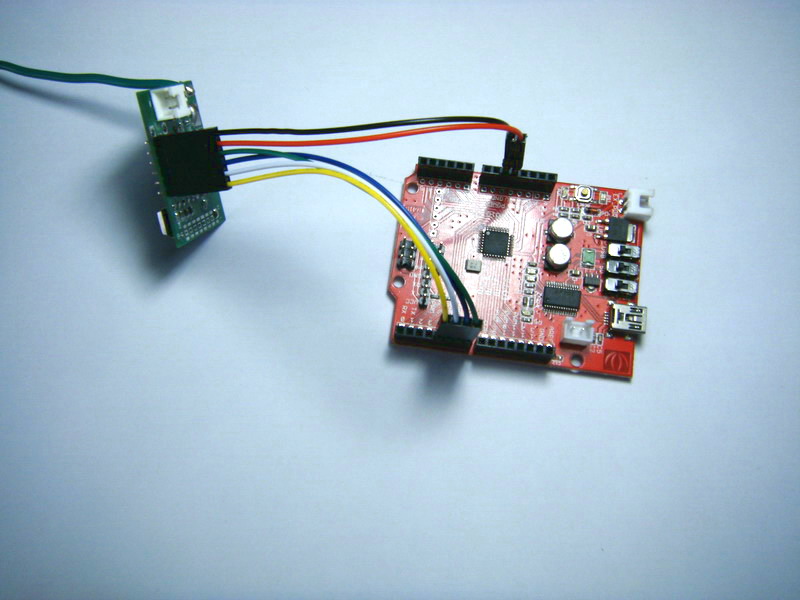 I am a newbie in wireless electronics. I really really want to discuss about some construction.

First, I want to make motion detector system with Arduino and PIR sensor, but they can send their warning light wirelessly. If I am attach this RF kits connected to arduino as a transmitter, but only use this RF kit as a receiver without arduino but with some LED connected, is it possible? So the combination is: sensor + arduino + RF transmitter —? RF receiver + some LED.

Second, I want to make many RF transmitter in separate location, which every one transmitter connected to one arduino, but they are all transmit their signal to one central RF receiver which connected to Arduino. Is it possible?

Although this system is very slow, compare to XBee, but the price is much much lower than XBee, and the coverage range is very good, so I will choose this to design our platform.

Thanks, for the answer.

I’m too having issues in making this work. The transmitter seems to be transmitting when a “button” is pressed. I powered it from a 9V battery.

Problem is the receiver that don’t receive anything. The “demo project” show receiver module being powered from 9V too but the RX3400 on board works on 5v only (it is not 9V tolerant) and I don’t see any regulation on board (not that I can tell for sure with this small smd’s) and I see that Vdd is connected to PD pin directly so I’m reluctant to connect the RX module to 9V. Connecting it to 5V does not show anything on any of the output pins VT nor D(0:3).

I tried to take the RX and TX modules further apart (5m is the max to stay in same room) - no go.

anyone have any ideas?

Please test and use them in 5V 500mA Power.
We are sorry for the confused spec.
all the best
Albert

Hi Mr. Albert whether the source code you posted above does not use the header (. h) or the like to initialize itself RF

I have several questions

The product information states “Working band: 433.92MHz (customize service available)”. I contacted the support here and they said, they can’t do that. Can I change this by myself? In need two links to connect two arduinos and they shouldn’t interfere due to usage of the same frequencies.
Or are those 4 data lines for 4 channels and I can just use pins 1,2 for the one link and 3-4 for the other? It wouldn’t be nice because of less data-rate but it would be an option.

And lastly and importantly for me: Is there a lib I can use for communication?

I found the nice arduino source code exammple, but I want to transmit more then number 1 to 16 and I am just a beginner in this. So I hope I can just take another lib and this does the magic for me

I just want to ask how you increase the data rate.
When I decrease the delay times (for data and off) so that the data rate should increase, it’s only working for me until 200ms. When it’s smaller like 150ms it’s not receiving anything anymore. I used the sample code from the first forum page here.

I just want to figure out how the transmitter and receiver work, because I want to send something from the “off” state as fast as possible to keep the delay short.

Thank you for any hint!

The picture is slightly inaccurate. The Arduino’s GND pin is unused.

Hi all. So I am extremely naive when it comes to electronics, especially IC stuff. With that being said (and the laughter about to begin) do you have to control these with some sort of outside component (Arduino, etc) or can these be controlled by a simple analog signal?
I am trying to make a very simple switching system that turns on and off a light, well a relay to a light. I am looking to control the transmitter with a 5.0v signal, and then use the receiver output signal to cycle a relay (transistor maybe?)
If anyone knows whether this stupid question is possible or not, I’d greatly appreciate it, I’m about to start pulling my hair out over here!

I know this is an old thread but I just used this TX/RX pair in a non-los install so I thought an update appropriate. I needed a wireless sensor 600’ from my home and other 433mhz radios could not handle the terrain. The receiver is mounted on a 6’ pole but the transmitter is about 5’ below grade. Said differently I would need to raise the Tx about 5’ to achieve los with between the two components, not including fir trees and shrubs. Even without los the system is working very well. Remember these radios send only 4bits (of user data) each packet so this is not a high speed link but excellent for a low bandwidth sensor network.

I bought this kit and tried the demo setup, with 4 buttons on the Tx, and 5 LEDs on the Rx.

As shown on photos, I used 9V batteries. And nothing works…

What are the real power requirements for both Rx and Tx please ?

Thanks and sorry if my english is bad, I’m french…